Blog Tour: Fire in the Woods by Jennifer M. Eaton 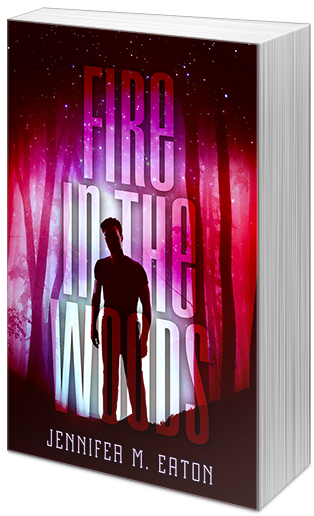 Summary
When a plane crashes in the woods near Jess’s home, the boy of her dreams falls out of the sky—literally. But David’s not here to find a girlfriend. He’s from another planet, and if Jess can’t help him get back to his ship, he’ll be stuck on Earth with nothing to look forward to but the pointy end of a dissection scalpel.

But her father runs their house like an army barracks, and with an alien on the loose, Major Dad isn’t too keen on the idea of Jess going anywhere. Ever. So how the heck is she supposed to help the sweetest, strangest, and cutest guy she’s ever met?

Hiding him in her room probably isn’t the best idea. Especially since her Dad is in charge of the squadron searching for David. That doesn’t mean she won’t do it. It just means she can’t get caught.

Helping David get home while protecting her heart—that’s gonna be the hard part. After all, she can’t really fall for a guy who’s not exactly from here.

As they race through the woods with Major Dad and most of the U.S. military one breath behind them, Jess and David grow closer than either of them anticipated. But all is not what it seems. David has a genocide-sized secret, and one betrayal later, they are both in handcuffs as alien warships are positioning themselves around the globe. Time is ticking down to Armageddon, and Jess must think fast if she’s to save the boy she cares about without sacrificing Earth—and everyone on it..

My Thoughts
I really enjoyed this book.  It took me a while to get into it though since I have been so busy lately.  However once I really got into this book I couldn't put it down. I found the action to be very fast paced, and suspenseful.  I really enjoyed the main character, Jess.  I thought her inner dialogue was hilarious.  I found myself laughing out loud quite a lot, which caused a lot of people to stare at me.    However at times I did have a few problems with the pacing.  I found the first third of the book to be a little bit too drawn out, and then the action scenes could have been a bit longer, but overall it was a really great read.
About The Author 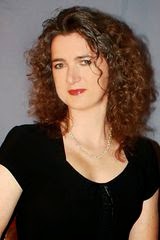 Corporate Team Leader by day, and Ranting Writer by night. Jennifer M. Eaton calls the East Coast of the USA home, where she lives with her husband, three energetic boys, and a pepped up poodle.
Jennifer hosts an informational blog “A Reference of Writing Rants for Writers (or Learn from My Mistakes)” aimed at helping all writers be the best they can be.

Beyond writing and motivating others, she also enjoys teaching her dog to jump through hoops—literally.
Jennifer’s perfect day includes long hikes in the woods, bicycling, swimming, snorkeling, and snuggling up by the fire with a great book; but her greatest joy is using her over-active imagination constructively… creating new worlds for everyone to enjoy.

If you want to see more stops on the Fire in the Woods blog tour.  You can check out the other stops here