If you enjoyed John Green's novel, Looking for Alaska, I have some recommendations.

If you liked the high school setting and want a book about finding yourself, I would recommend The Beginning of Everything by Robyn Schneider (also known as Severed Heads, Broken Hearts in other countries). 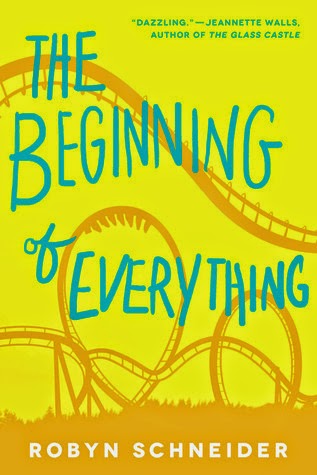 If you liked the high school setting in Looking for Alaska, this has that setting, but it also has quirky lovable characters. If you liked Pudge, Alaska, Takumi, or the Colonel, I can almost guarantee that you will be able to find a character you love in this book.

So what's it about?  Well according to Goodreads:
Golden boy Ezra Faulkner believes everyone has a tragedy waiting for them—a single encounter after which everything that really matters will happen. His particular tragedy waited until he was primed to lose it all: in one spectacular night, a reckless driver shatters Ezra’s knee, his athletic career, and his social life.No longer a front-runner for Homecoming King, Ezra finds himself at the table of misfits, where he encounters new girl Cassidy Thorpe. Cassidy is unlike anyone Ezra’s ever met, achingly effortless, fiercely intelligent, and determined to bring Ezra along on her endless adventures.But as Ezra dives into his new studies, new friendships, and new love, he learns that some people, like books, are easy to misread. And now he must consider: if one’s singular tragedy has already hit and everything after it has mattered quite a bit, what happens when more misfortune strikes?

If you're looking for that high school setting but want a lighter narrator, I would suggest Me and Earl and the Dying Girl by Jesse Andrews.  Now as a warning, this is a lot of crude humor, so if that isn't your taste then this is probably not a book for you. 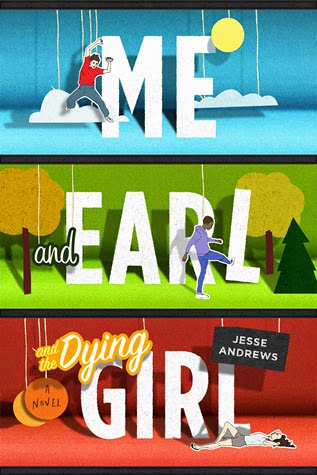 However if that is your type of humor, then this is a great book for you.  I found myself laughing because it was a very true portrayal of what high school feels like (you know besides the dying girl).

So what does Goodreads say it's about:
Greg Gaines is the last master of high school espionage, able to disappear at will into any social environment. He has only one friend, Earl, and together they spend their time making movies, their own incomprehensible versions of Coppola and Herzog cult classics.

Until Greg’s mother forces him to rekindle his childhood friendship with Rachel.

Rachel has been diagnosed with leukemia—-cue extreme adolescent awkwardness—-but a parental mandate has been issued and must be obeyed. When Rachel stops treatment, Greg and Earl decide the thing to do is to make a film for her, which turns into the Worst Film Ever Made and becomes a turning point in each of their lives.

And all at once Greg must abandon invisibility and stand in the spotlight.

Well if you just want some quirky characters, but just want a light and fluffy story, I would suggest Lola and the Boy Next Door by Stephanie Perkins. 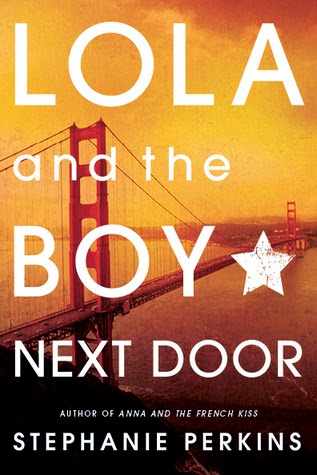 Why do I suggest Lola and the Boy Next Door? Because these characters are so quirky and they are great to read about.  It is a quick fun read so if you are looking for a read that could take a day or less this is definitely your book.  Also this isn't a book with a lot of heavy topics so if you are looking for something light to read especially during a book hangover.

So Goodreads synopsis:
Lola Nolan is a budding costume designer, and for her, the more outrageous, sparkly, and fun the outfit, the better. And everything is pretty perfect in her life (right down to her hot rocker boyfriend) until the Bell twins, Calliope and Cricket, return to the neighborhood. When Cricket, a gifted inventor, steps out from his twin sister's shadow and back into Lola's life, she must finally reconcile a lifetime of feelings for the boy next door.

Last, but not least, I recommend This Song Will Save Your Life by Leila Sales. 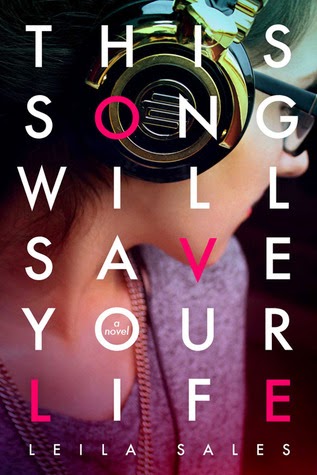 If you liked the deeper topics in Looking for Alaska, then I think that you will really enjoy This Song Will Save Your Life.  It is a story where they main character tries to find herself.  This isn't a "light" read, but it's not a hard read.  It's about 200 pages, so it is a quick read as well.

So here's the Goodreads synopsis:
Making friends has never been Elise Dembowski’s strong suit. All throughout her life, she’s been the butt of every joke and the outsider in every conversation. When a final attempt at popularity fails, Elise nearly gives up. Then she stumbles upon a warehouse party where she meets Vicky, a girl in a band who accepts her; Char, a cute, yet mysterious disc jockey; Pippa, a carefree spirit from England; and most importantly, a love for DJing.

These are just some of my recommendations, and I hope you enjoy them :).