My Day In New York


What?! Not a post about books? Yeah, I thought I would try something new.  :)

So last Wednesday I went to New York with my grandfather.  Every other year or so, we go to see a Broadway show for my birthday.  So what we do is leave pretty early in the morning to get into the TKTS line a bit before 10 (which is when it opens).  If you don't know what the TKTS line is, it's a half price tickets line.  Not all shows are available in this line, but the vast majority of them are.  So by the time we got our tickets it was just after 10.

When I went to New York with him two years ago, I wanted to see the Saint Patrick's Cathedral, but it was unfortunately under construction.  So we thought after two years, the work would be done, but sadly we were wrong.  The construction (both inside and out) won't be done until November 2016! We were told most of the work on the inside should be done soon, but they were just trying to restore the cathedral so that it could last for another century.

Although it's under construction, I did get some pictures! 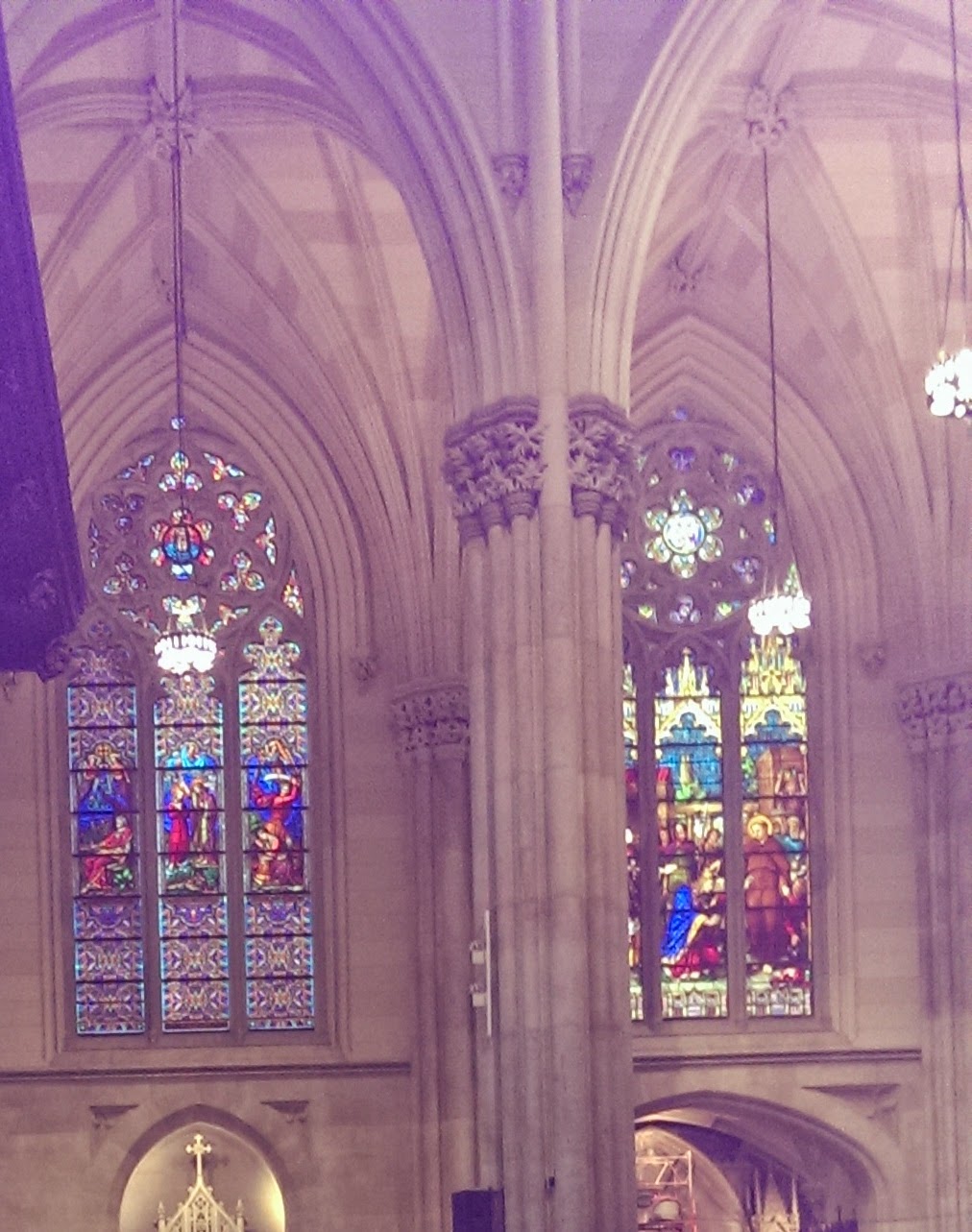 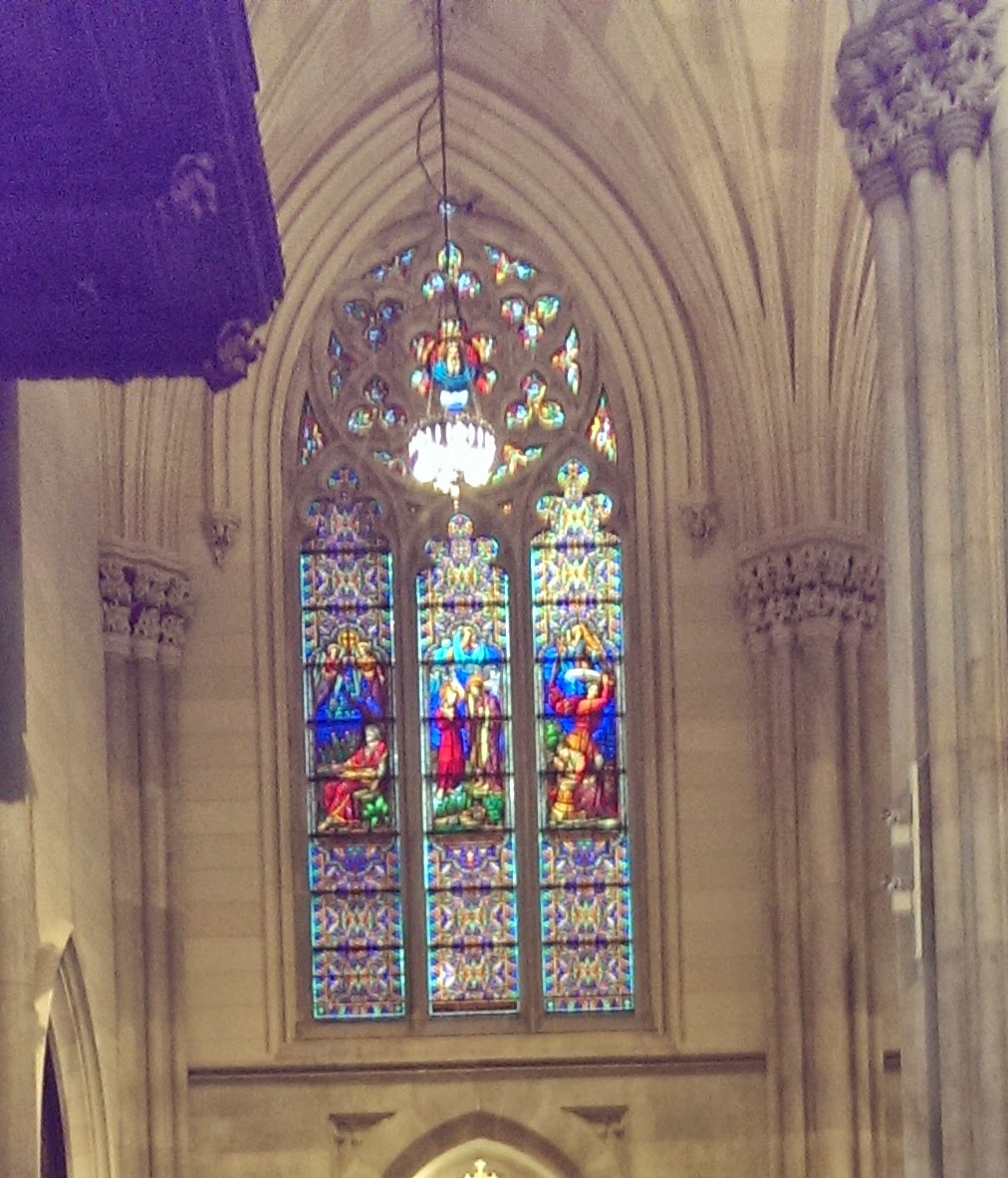 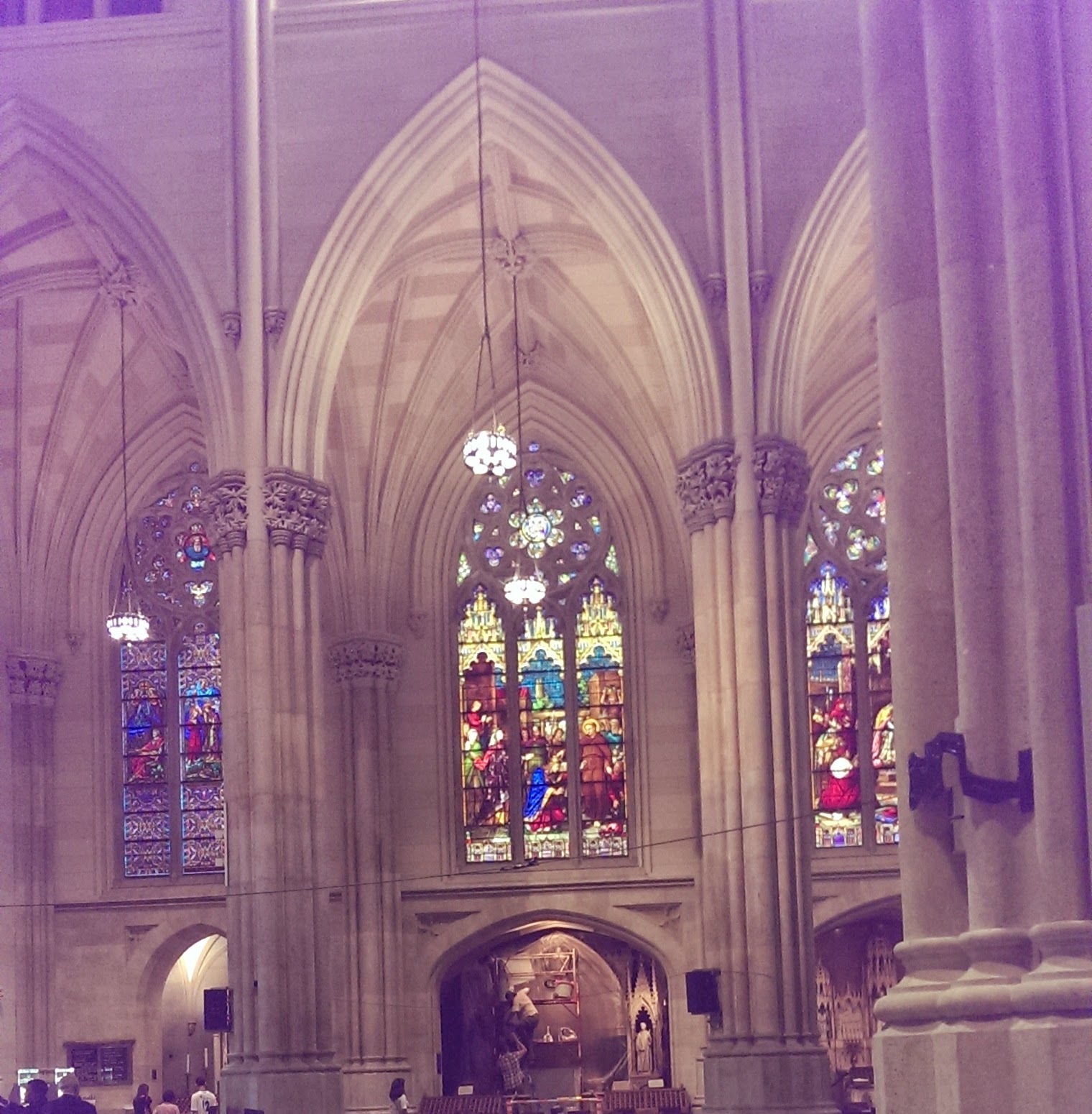 Those are just some of the many beautiful stain glass windows throughout the cathedral.

We also went to F.A.O. Schwartz, which if you don't know is this gigantic toy store.  There is everything you could imagine.  It kind of reminded me of the Weasleys' Wizard Wheezes, which we saw in the movie Harry Potter and the Half-blood Prince.  There were toys flying around and it was just buzzing with fun.  I took a couple pictures in here.

Then afterwards we ate lunch at the world's largest Applebee's.  Literally. It said so on the window.  Then after we finished lunch we headed towards Ambassador theater to see Chicago!  I was so excited because this was the show I really wanted to see, and we ended up having great seats.  We sat in the eleventh row of the orchestra pretty much in the center, and there was no one sitting in front of us which was a big bonus. 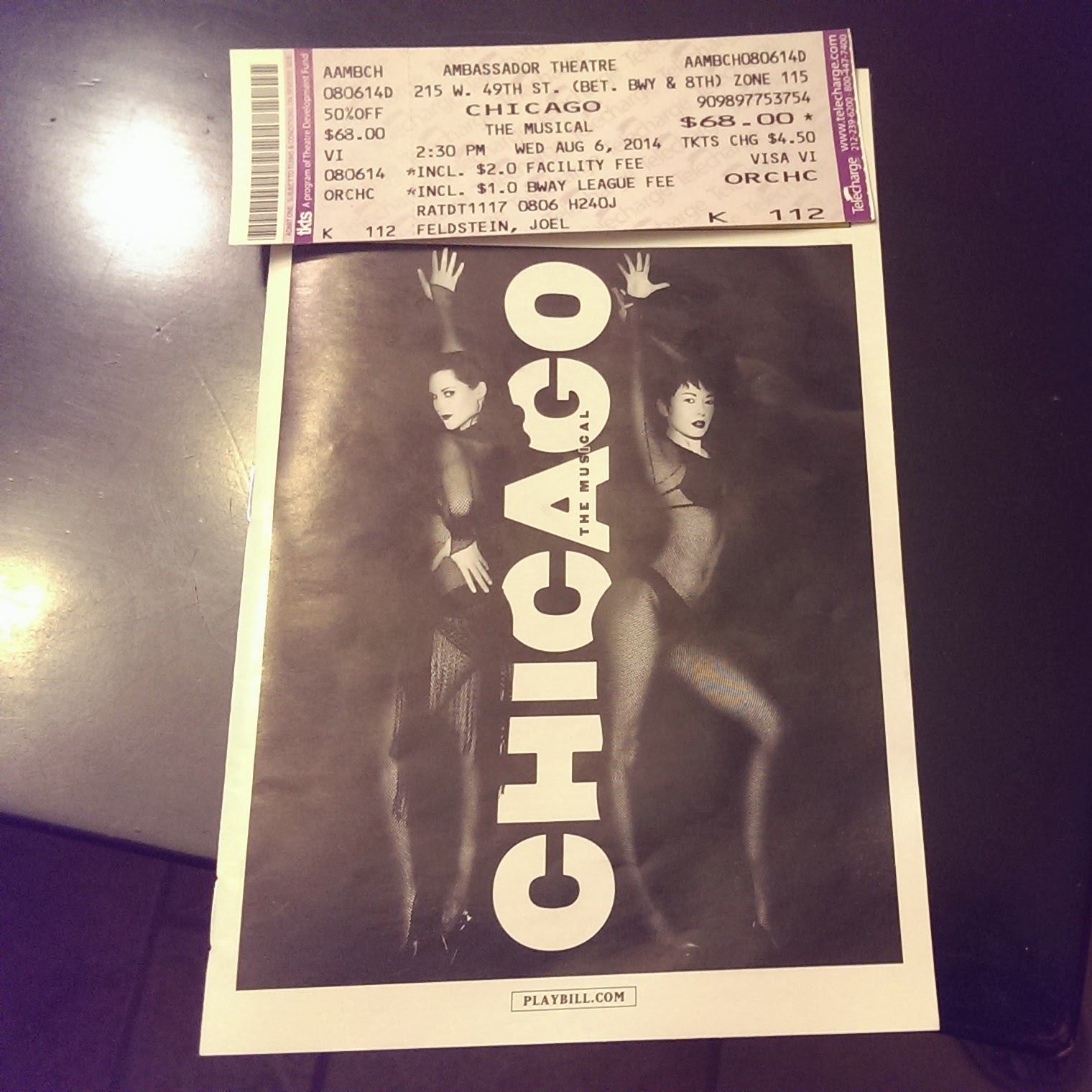 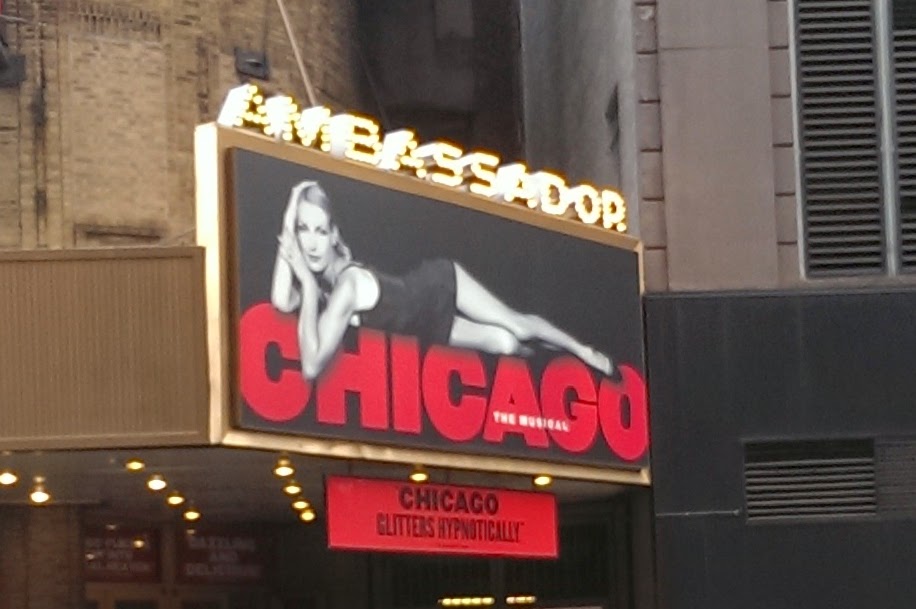 If you don't know what the show is about, to be short and sweet and to the point it's about women murderers.  This is definitely not a show for kids.  I mean first of all there was a bar in the theater and there were people walking around selling wine, but there's some cursing and crude language.  However all of this is used rather humorously.  If you're like me and you're a fan of the big production numbers you won't find it in this show.  Mostly because (to mine and my grandfather's surprise) the orchestra was on the stage.  However this didn't hinder my enjoyment of the show.  The cast was fantastic especially Roxie Hart who was played by Bianca Marroquin.  If you get a chance to see her play Roxie, I would say take it.  She was a fantastic actress.  Overall I would highly recommend this show.  It had such high energy and I never felt bored while watching it.

Overall I had a great time in New York.
I want to know: have you been to New York? What did you do?  Have you seen any musicals?
Let me know, and next time I'll post about books again :)